As Australia’s east coast property market continues to become out of reach for buyers, younger and older Aussies are moving back in together, new research has suggested.

As Australia’s east coast property market continues to become out of reach for buyers, younger and older Aussies are moving back in together, new research has suggested.

A study released from the University of New South Wales showed almost one in five Australians live in a multigenerational home, while in Australia’s most expensive city, Sydney, that number grows to one in four.

He said housing affordability is one of the key drivers behind the growth of multigenerational living.

“You have young people who, increasingly, are unable to afford to leave home, and at the same time, you have [their parents and grandparents] experiencing perhaps similar financial stress,” Dr Liu said.

“It’s a way for families to stay connected, and allows for greater intergenerational connections...especially for the older generation, they can be closer to the family and spend more time with the grandkids.”

Dr Liu said the desire to age in place, rather than move into institutional aged care, may also be behind the growth, noting that government support for institutional care has also changed over the last 20 years.

“The fastest-growing age group for multigenerational household members is the over 65’s,” he said.

Dr Liu believes the uptick in multigenerational living will have a significant policy implications for urban planning as well as aged care services.

He said the government and developers are not building the type of multigenerational homes people need – and that the deficit in suitable housing is unlikely to change.

“It’s quite hard to find a house with enough bedrooms that’s affordable, has reasonable access to jobs and services appropriate to the needs of each generation,” he said.

“At the moment, much of the new housing we see are provided as apartments, and they are typically small with 1-2 bedrooms, which is not really suitable to most family arrangements. So it is a bigger planning issue around how we have the right mix of housing for people,” Dr Liu concluded. 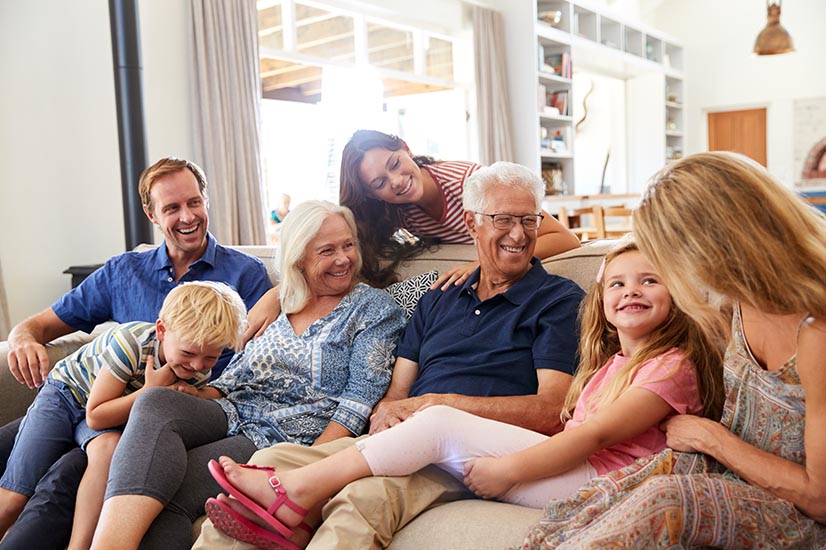