Although investor concerns over the Brexit decision are starting to ease, the shock result has led to major repricing of financial assets and set in motion a likely new round of global monetary easing.

• With global inflation still too low for comfort, many central banks appear poised to respond to post-Brexit global uncertainty by easing policy even further than previously expected. As the central bank most affected, the Bank of England seems certain to cut official rates from 0.5 per cent p.a. to at least 0.25 per cent p.a. as early as this week, with a decline to zero likely by year-end. Next in the firing line is the European Central Bank, which is likely to announce another round of quantitative easing in coming months.

• Although the direct economic effect of the Brexit decision will be more limited in countries such as the United States, Japan and Australia, their central banks are also likely to respond to untoward strength in their currencies arising from capital flight from Europe. Further easing seems likely in both Japan and Australia, while the Federal Reserve appears to have delayed any further rate rise until late this year at the earliest.

Although the Brexit decision is no doubt a big deal for the UK economy, global markets are rightly starting to downplay the potential spillover effects to the rest of the global economy. After all, as I’ve previously argued, the UK now accounts for only around 2.5 per cent of global GDP. And while a UK recession seems likely, and would damage British banks, it’s unlikely to lead to a seizing up of the global financial sector as, unlike during the 2008 financial crisis, we are better able to quantify which institutions would be hurt and by how much.

• Assuming overall global growth holds up reasonably well, the decline in bond yields in response to pre-emptive monetary policy easing is likely to keep equity market valuations higher for longer. The MSCI All-Country World index price-to-forward earnings ratio ended June at 13.4 – broadly in line with its average since the peak in markets earlier last year and compared to a longer-run average of 12. Against US 10-year bond yields, however, the equity valuations arguably remain on the cheaper side of fair value, with the forward earnings yield to bond yield gap ending June at 6 per cent p.a, compared with a longer-run average of 5 per cent p.a

With the outlook for overall global economic growth and corporate earnings still challenged, however, it’s likely that defensive equity income opportunities are likely to remain one of the major beneficiaries of the post-Brexit environment. In the case of Australia, this should continue to favour sectors such as listed property and financials.

US dollar could shine once again

Since the Brexit decision, the US dollar has firmed, particularly, and understandably, against the euro and the pound. Indeed, there are tentative signs that the US dollar index is starting to break out of the downtrend that has been in place since the first Fed easing in December last year.

• US dollar strength reflects the greenback’s status as a ‘haven’ in an uncertain world, particularly for capital flight from Europe. US dollar strength also reflects the fact that, while the Brexit decision has likely delayed further Fed tightening, monetary easing is expected to be more aggressive in other regions of the word, such as Europe, Japan and Australia. Investors seeking exposure to the US dollar against the Australian dollar.

• The Brexit decision introduces yet another risk factor into the already challenged European investment landscape. The UK presently accounts for 15 per cent of the EU economy, and the former will likely face a recession over the coming year due to an understandable rise in business uncertainty. The Brexit vote may also heighten investor concerns with other lingering vulnerabilities in the EU, such as the debt and growth problems in countries such as Spain, Italy and Greece.

• Given the new risks posed on Europe, the Brexit decision suggests European stocks may well under perform global peers, and especially on an unhedged basis due to potential further weakness in the euro. And to the extent some European equity exposure is desired, the particular challenges facing the UK economy suggests an underweight exposure to British stocks.

• All up, in terms of global equity markets, the uncertainties posed by the Brexit decision appear to favour unhedged exposure to the US and Japanese equity markets.

• Those seeking some exposure to Europe, moreover, might consider currency hedged exposure, and via a regional equity index that excludes the United Kingdom. 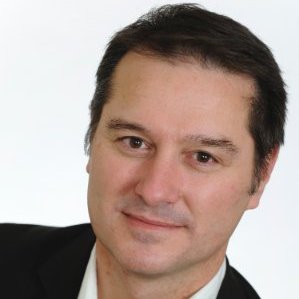 Last Updated: 20 November 2019 Published: 14 July 2016
Forward this article to a friend. Follow us on Linkedin. Join us on Facebook. Find us on Twitter for the latest updates
Rate the article