Australia’s regional areas are dominating when it comes to growth in value of property sales, with one area recording a rise of over 90 per cent.

A new report released by CoreLogic has revealed the top 50 council areas for growth in the total value of sales over the year to 31 March 2016.

NSW dominated the list, with eight of its council areas within the top 10.

Narrandera topped the list with a 90.3 per cent change in values and a 53.9 per cent increase in number of sales.

Kyogle’s values grew 79.1 per cent with a 65.3 per cent increase in number of sales.

Wentworth saw its values grow 57.4 per cent and its number of sales up 9.4 per cent.

Lithgow experienced an increase in values of 45.2 per cent, with a 21.3 per cent rise in number of sales.

Snowy River’s sales values grew 43.2 per cent and its number of sales increased by 35.4 per cent.

Upper Lachlan Shire saw an increase in values of 41.3 per cent, with a 36.9 per cent increase in sales numbers.

Dungog experienced a 39.9 per cent growth in values, and a 28.1 per cent increase in sales numbers.

Bellingen took the number 10 position, experiencing a 39.5 per cent change in values and a 30.0 per cent rise in the number of sales.

CoreLogic research analyst Cameron Kusher said the difference in sales volumes and the value of sales between capital city and regional markets highlights that regional markets are starting to show an improving trend.

According to the report, only four of the top 50 areas are located in capital cities, with the remaining 46 in regional areas of the country, including many larger regional areas.

"In 43 of the 50 regions listed the percentage increase in the total value of sales has been greater than the lift in sales volumes," the report said.

"This tends to reflect an increase in values along with an uplift in demand.

"In fact, only three of the 50 regions listed have recorded fewer sales over the past 12 months."

"With mortgage rates low, certain capital city housing markets becoming unaffordable and an improvement in confidence surrounding regional housing, we would expect many of these council areas to see further increases in the total value of sales over the coming year," Mr Kusher said. 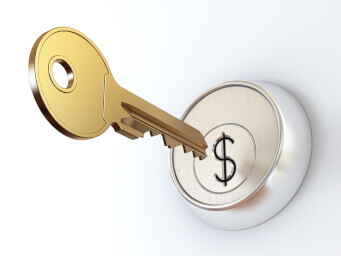 Last Updated: 28 June 2016 Published: 28 June 2016
Forward this article to a friend. Follow us on Linkedin. Join us on Facebook. Find us on Twitter for the latest updates
Rate the article