With future markets signalling an RBA path to rate hiking in coming years, a leading economist and fund manager has warned Australian property investors to consider exiting the market.

Speaking on The Smart Property Investment Show podcast, Goldman Sachs and RBA alumni Christopher Joye explained how the future’s exchange paints an interesting picture of what could happen to the cash rate.

According to Mr Joye, the three-year bond rate is the financial market’s best guess of where the RBA cash rate will be in the next three years, carrying significant consequences for property prices.

“If I thought that I was going to get a substantial increase of interest rates over the next three years, I probably wouldn’t be buying,” he said.

“I probably would be looking to defer that purchase and pick up property when prices are falling, because prices will fall significantly if rates increase significantly. That’s going to be your best proxy, your best pulse for global markets.”

Mr Joye said the 10-year government bond yield in Australia is the market’s best guess of where the RBA cash rate will be over the next decade.

“A few months ago, that 10-year rate was down around 1.7 per cent. The RBA cash rate right now is at 1.5 per cent. What that means is, the market was saying, ‘We’re not going to have any rate hikes for the next 10 years’,” he explained.

However, with major political changes in recent months including the election of Donald Trump as the next president of the United States, the domestic 10-year bond yield has surged.

“Suddenly, it’s jumped up to 2.7 per cent, so the market’s saying, ‘Gee whiz, we’re going to get more than a percentage point or more than four RBA rate hikes – standard rate hikes, 25 basis point rate hikes – over the next year’,” Mr Joye said.

If this were to play out, property prices – which Mr Joye believes are 25 per cent overvalued in Sydney and Melbourne – could experience a sharp correction.

“Brisbane, Adelaide and Perth are very different. Perth probably looks cheap. I know people who are moving to Perth to buy property and trade out of the Sydney market. They’re making that switch, which makes a lot of sense if you can do it,” he said.

“If prices fall 15 to 25 per cent, there’s going to be a little bit of mayhem. Housing markets tend to be like a super tank. Once it moves in that direction, it tends to move in that direction for a couple of years at least. It’s not like prices fall overnight, but they’ll continue falling for a long time.”

This may sound bearish, but it does present good opportunities for patient property investors.

“I would be looking to exit the market over the next one to two years before the first hike starts,” Mr Joye said.

“Obviously, if everyone acts on this advice, then this could become a self-fulfilling prophecy. I think you’ll get tremendous opportunities. It’ll take some time. You’ve got to be patient, you’ve got to wait for the rate hikes to fully flow through to capitalise on the valuation change, when prices do fall 10 per cent to 25 per cent.”

Meanwhile, CoreLogic research director Tim Lawless said some movement out of the Sydney and Melbourne property markets is already under way.

“In some of the markets like Hobart, Canberra, Brisbane, potentially Adelaide, we may actually see some further acceleration in the pace of capital gains as investors start to target these markets that offer a much more affordable price point and also a much healthier yield profile,” Mr Lawless told nestegg.com.au.

“A lot of buyers are coming out of Sydney and Melbourne with high levels of equity thanks to the wealth creation effect in those areas, and are now looking to invest into retirement homes and holiday houses in coastal regions as well.”

However, over the longer term, Mr Joye said he is “actually very bullish” on housing, with strong fundamentals in the Australian economy suggesting that residential property will continue to thrive over the next few decades.

“There’s strong population growth, strong immigration. I think China and India are the biggest sources of new migrants to Australia now. The RBA will be raising rates because of economic strengths, not weakness,” he said.

“The share market fell 50 per cent in 2008, but we didn’t all get rid of our equities. People still held equity exposures. Like all markets, the resi market is well overdue for a little bit of a reckoning, but it doesn’t mean it’s not a good asset class.” 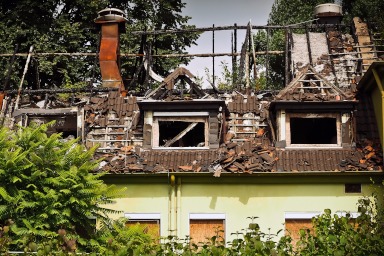 Last Updated: 22 March 2019 Published: 06 December 2016
Forward this article to a friend. Follow us on Linkedin. Join us on Facebook. Find us on Twitter for the latest updates
Rate the article