It’s long been speculated that Australia’s second biggest city has a glut of apartments, but is there anything in the talk?

Victoria’s population will almost double in 35 years, with the number of people living in inner and middle suburbs growing by one million, according to forecasts by the state government.

The argument that Melbourne is facing an oversupply of new apartments is grossly exaggerated, oversimplified and generally communicated without adequate evidence or justification.

Victoria’s population is growing, and from a policy perspective, planning for this population growth needs to be front of mind. The main challenge for the residential development industry right now is to get regulators thinking long term, so we’re not forced to play a frantic catch-up game when it comes to housing down the track.

An extra 2.2 million dwellings will be necessary to house the state’s population by 2051. This means we require almost 55,000 new dwellings per year over the next 35 years.

Now, if our population wasn’t growing at such an exponential rate, perhaps we would be facing an apartment oversupply. But strong population growth across the state will continue and a significant proportion of those people are going to want to live in apartments.

Contemporary apartments are a preferred form of housing for a broadening range of households. They are an affordable type of home, and provide access and connectivity to services and jobs. As Melbourne’s population grows and our apartment market matures, demand for apartments within the inner and middle suburbs is inevitable.

Most commentary around apartment oversupply points toward the unprecedented levels of building approvals as evidence, rather than actual or likely completions of these apartments. According to Charter Keck Cramer’s State of the Market report (period ending June 2016), the overhang in projects that are under construction or recently completed is lower than the long-term averages; rental vacancy rates have tightened since January 2016 and sales have continued to grow.

Additionally, any potential oversupply has been moderated by a slowdown of commencements, because that’s what the property industry does. It is constantly adjusting to establish a healthy balance between supply and demand.

While a growing population is expected to accelerate demand for apartments in Melbourne, there’s been a number of regressive policy decisions implemented that restrict the property industry’s ability to cater for Melbourne’s future communities. These include changes in regulation imposed by the Australian Prudential Regulation Authority, changes in lending policy by the banks, increases to state taxes on foreign investment, the introduction of planning controls in the central city and proposed design measures governing apartment development.

The combined effect of these regulations will lead to a slowdown in housing supply which has a direct effect on job losses, decrease in investment and lower tax revenue, leading to a very real and negative impact on Victoria’s economy. This is something our state cannot afford, especially as we recover from the mining industry slowdown.

Those of us in the development industry are quick to look at the low-hanging fruit. Urban development is essential for us to meet the needs of Victoria’s current and future communities, yet it is being unnecessarily constrained. We will find ourselves in a serious housing crisis if pressure on the industry does not ease soon.

Also at risk is Melbourne’s standing as the world’s most liveable city, which relies heavily on industry’s ability to provide housing options to the growing population.

We’re up there with Hong Kong, New York, London and Paris, where apartment living is what a large proportion of the population wants and expects. But if Victoria’s property industry can’t build the homes our communities want and need, we’ll quickly lose our world-class status.

The bottom line is that those claiming apartment oversupply, and subsequent price movement, fail to recognise a range of detailed issues affecting housing supply and that a simple assessment of building approvals does not provide a real assessment of what will actually be delivered. In fact, an undersupply of housing will generally lead to price growth. I look forward to more in-depth discussion on this topic, which will assist government in finding an appropriate way to enable delivery of new and diverse housing supply. 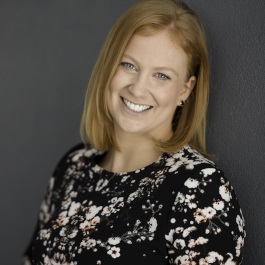 Last Updated: 19 April 2017 Published: 19 April 2017
Forward this article to a friend. Follow us on Linkedin. Join us on Facebook. Find us on Twitter for the latest updates
Rate the article