Despite an impressive headline figure of $100 million, the government’s much-touted crackdown on foreign property buyers will have ‘no impact’ on housing markets, says a property market expert.

“Clearly, this won't have any impact on housing markets. The numbers just aren't there and even though the $100 million headline might sound impressive, that really only amounts to the equivalent of maybe 50 houses in Sydney, in a transaction environment of hundreds of thousands of sales,” Mr Wilson said.

“As an aggregated measure, it’s not going to have an impact on markets and generally speaking these numbers are small, they were always likely to be small and these foreign buyers weren’t really having an impact on the market at all.”

The government’s latest addition of 15 new forced sales in Victoria and Queensland pushed the campaign’s running total to 61 properties, with a combined value of $107 million.

The total figure is heavily inflated by the inclusion of a $39 million Point Piper mansion, along with several other multimillion-dollar sales.

The highest ten forced property sales account for more than $78 million of that total, leaving 51 properties to round out the final $29 million.

The clampdown, which has been targeting foreign nationals who purchased property without Foreign Investment Review Board (FIRB) approval, is a product of the long-running debate that foreign property buyers, and particularly Chinese buyers, have allegedly been driving up property prices.

“These changes to the regulations came from the strong narrative last year surrounding perceptions that foreign buyers were impacting house prices and creating some imbalances in the market. It was a bit of the blame game,” Mr Wilson said.

“Foreign buyers aren’t an issue at all and they never really were. In hot markets, and particularly Sydney where we had extraordinary clearance rates in 2015 and into 2016, unfortunately we moved into ethnic profiling.”

Implicated in the forced sales were foreign nationals from the UK, Canada, US, India, Malaysia, China and Germany.

Aside from forced sales, the government also issued 388 penalty notices to foreign nationals found to be in breach of either FIRB approval or conditions of a previously approved application.

However, despite claims the crackdown made no difference to the Australian property market, it may still have some upside.

“It’s a positive outcome that the government did tighten regulations and to some degree at least it helped moderate that type of debate we were having where now there isn’t that strong narrative anymore of Chinese buyers being blamed for high prices,” Mr Wilson said.

“It’s also positive that they located some non-conformances which is what the whole process was for.” 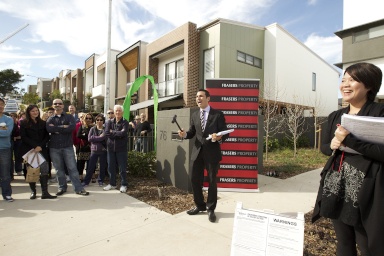 Last Updated: 08 March 2017 Published: 10 February 2017
Forward this article to a friend. Follow us on Linkedin. Join us on Facebook. Find us on Twitter for the latest updates
Rate the article