Despite public perception that the “nefarious actions” of Chinese buyers are pushing up housing prices, there’s “no evidence” of this, an analyst has argued.

Despite public perception that the “nefarious actions” of Chinese buyers are pushing up housing prices, there’s “no evidence” of this, an analyst has argued.

“The idea of malevolent effects from Chinese investment has gained a significant following in relation to the property market, where it’s become commonplace to attribute the rapid growth in Australian housing prices to the insatiable appetite of Chinese buyers,” said the director of Cross Border Management, CT Johnson.

Pointing to the rising popularity of political groups like One Nation and figures like Clive Palmer, he said: “Groups like Pauline Hanson’s One Nation and the Party For Freedom have made opposition to Chinese investment in Australian real estate one of their signature political issues, and with some success.”

However, he argued that the notion that Chinese investor interest is the driving force behind surging prices is “conspicuously short on supporting evidence”.

Speaking to Nest Egg, Mr Johnson said: “Chinese buyers are a distraction from the actual problem of housing affordability, which is being driven by low interest rates and high population growth.

“Because of their money and race, the Chinese are conspicuous, which makes it tempting to blame them for housing price increases. But that’s just not true.”

“In comparison, the US (Australia’s top investor) has invested five times more than China over the past 10 years, doubling its total investment from $433 billion in 2007 to $861 billion in 2016,” Mr Johnson said.

Within real estate alone, for an average $12,800 price increase in Sydney and Melbourne housing each quarter, just $80-$122 was attributable to foreign buyers. That’s according to a 2016 working paper from the Australian Treasury.

Mr Johnson said: "As an American, it’s funny to me that the impact of US investment has been ignored. Over the past decade, the US has invested five times more in Australia than the Chinese have. But I don’t see comments in the paper about the Yanks taking over.”

Chinese immigrants make up 55 per cent of total immigration from East Asia, ABS figures report. Further, Australians with East-Asian ancestry made up one in 12 Australians in 2016, compared to one in 18 in 2006.

However, Mr Johnson argued: “Many residents from countries like Japan, Korea, Vietnam and Malaysia are mistakenly identified as Chinese. Counting all the groups together nearly doubles the number of “Chinese” in Australia.”

Pointing out the growing rate of Australian citizens with Chinese ancestry, Mr Johnson said: “It’s not Chinese investment that has generated the public perception of Australia being taken over, but the increase in Australian residents from China and other parts of Asia.”

By comparing the 2016 census data about the 79 neighbourhoods with the highest proportion of Mandarin speaking households and the average house price growth rate in that neighbourhood, Mr Johnson and Cross Border Management concluded that “there’s no evidence” that Chinese buyers are pushing prices up in a “significant” way.

“Rather than a correlation between the number of Mandarin speakers and the average annual price growth in an area, we found an uncoordinated mix of average price growth rates,” he said.

“We found that, on average, Chinese buyers like to buy in nicer, more expensive areas, but we found no evidence that they actually drive the price up. In fact, in the case of Melbourne units, it looks like they may have driven prices down, because they spurred so much new development.”

This unaffordability is due to interest rates and population growth

Housing is becoming “progressively less affordable for everyday Aussies”, Mr Johnson said, and this “staggering” increase is a reality that “confronts all Australians” and particularly those with smaller incomes.

However, according to Mr Johnson, this problem is tied to the “conventional” factors of low interest rates, a growing population, limited supply and a lack of available land. Australia’s population has grown by 18 per cent since 2006, ABS figures show.

“Australian interest rates are not merely low, they are at an all-time low, down to 1.5 per cent in 2017, from a high of 17.5 per cent in January of 1990,” Mr Johnson added, noting that housing price increases have historically accompanied periods of low interest rates.

Further: “It’s simply a geographical fact that most of Australia’s population is concentrated around the coasts, where cities are hemmed in by geographical features like oceans and mountains. This makes it challenging to develop new land in response to population growth.”

"Australian house prices are being driven by conventional factors like population and mortgage interest rates, rather than the nefarious actions of Chinese buyers," he concluded. 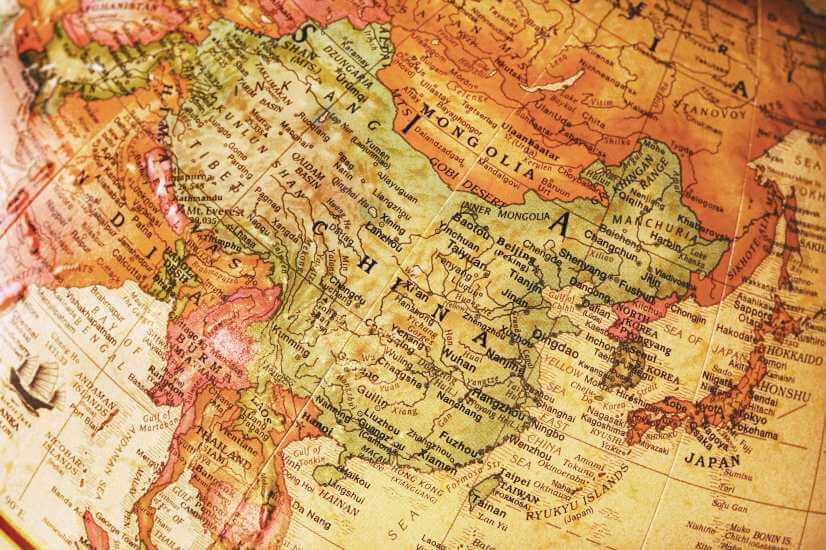