Australia’s banks could change and tighten their credit policies even further, as the aftershocks of the s interim report make their way through the banking sector.

In minutes from its October board meeting, the Reserve Bank of Australia (RBA) said that despite moves from lenders to tighten lending policy in anticipation of the findings of the Royal Commission into Misconduct in the Banking, Superannuation and Financial Services Industry, it is “possible” that further tightening is introduced off the back of the release of the commission’s interim report.

The RBA acknowledged that lending standards had become “tighter than they had been a few years previously”, which it said “reflected the introduction of supervisory measures to help contain the build-up of risk in household balance sheets”.

“The [interim] report contains many questions covering a broad range of issues, but at this stage provides relatively little indication of the recommendations that are likely to be made in the final report,” the central bank said.

The RBA added that it would be “important to monitor the future supply of credit to ensure that economic activity continued to be appropriately supported”.

Further, the RBA explained its decision to hold the official cash rate at 1.5 per cent, stating that it observed that the “most notable” risk to financial stability were developments in international trade policy, which it said “continued to be a source of uncertainty”.

However, despite acknowledging the slowdown in credit and housing activity, the central bank contended that recent data on economic activity in the Australian economy had been “generally positive and consistent with the forecast for GDP growth to be above potential [growth] over the following two years”.

“GDP growth had been well above potential growth over the year to the June quarter, supported by strong public demand, resource exports, non-mining business investment and steady consumption growth,” the RBA added.

“Employment growth had increased; the participation rate had remained high and the unemployment rate was trending lower.

“Business conditions had also remained positive, although the drought had led to difficult conditions in parts of the farm sector.”

The RBA continued: “Taking account of the available information, members assessed that the current stance of monetary policy would continue to support economic growth and allow for further progress to be made in reducing the unemployment rate and returning inflation towards the midpoint of the target.

“In these circumstances, members continued to agree that the next move in the cash rate was more likely to be an increase than a decrease.”

However, the central bank concluded that since progress on unemployment and inflation was “likely to be gradual”, there is “no strong case for a near-term adjustment in monetary policy”, adding that it would be “appropriate to hold the cash rate steady and for the bank to be a source of stability and confidence while this progress unfolds”.

Recent market surveys indicate first home buyers are relying on "the bank of mum and dad" significantly more than previous generations, and are making significant lifestyle changes and sacrifices to get on the property ladder in Australia.

Those already in the market are also feeling the pinch. Data from the Property Investment Professionals of Australia shows about 13 per cent of borrowers with interest-only arrangements expect to struggle to meet their payments in the coming months. 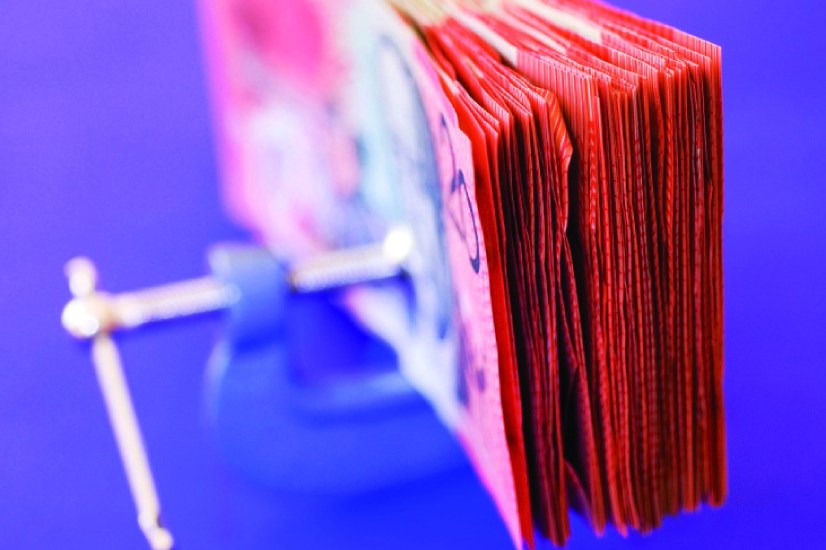