An Australian economist has slammed the government’s economic management ahead of this month’s mid-year economic and fiscal outlook, attributing a potentially healthier budget to luck rather than good governance.

Economist and senior fellow of think tank Per Capita Stephen Koukoulas says an anticipated improvement in the MYEFO can largely be attributed to soaring commodity prices.

“Generally, commodity price seam has been very positive over the last seven months, and particularly over the last month or two we’ve had this incredible run up in prices. Even if it’s only partly sustained, we don’t even have to build on these current price levels and we could be getting a significant windfall through no good policy, just damn good luck,” Mr Koukoulas said.

“We’re getting lucky with iron ore well over $70 a tonne. The coal price has been strong and copper has been solid.”

Coal has rallied in recent months, with coking coal price surging from $75 to around $230 per tonne, while thermal coal has surpassed $100 per tonne.

Iron ore is currently sitting at around US$78 and just last week copper hit an 18-month high on an intraday basis.

The strong commodity prices are likely to buoy Australian budgetary numbers, with the September quarter seeing real net national disposable income rise 0.8 per cent on the back of a 4.5 per cent surge in the relative price of Australian exports to imports.

Encouragingly, nominal GDP and real GDP, considered good indicators of household and budget income, both rose over the quarter as well.

AMP chief economist Shane Oliver said that despite the economy shrinking 0.5 per cent over the quarter, talk of a recession was purely speculative.

“While the GDP contraction in the September quarter will no doubt invite talk of a recession, growth is likely to bounce back in the December quarter, avoiding a recession so there is no reason to get too gloomy,” Mr Oliver said.

“In an ideal world, now would be a time for some fiscal stimulus focused on infrastructure spending. But with public debt well up from pre GFC levels and the government focused on reducing the budget deficit and the increasingly difficult task of maintaining Australia’s AAA credit rating this looks unlikely.”

Consequently, favourable budget figures would not be the result of good economic management, according to Mr Koukoulas.

“When the mid-year update on the budget is released, I wouldn’t be at all surprised if the budget bottom line has improved quite markedly simply because the economy is being resilient, the commodity price cycle has helped, and the budget numbers might be looking like we’re on a path back to budget surplus rather than something that gets pushed back to 2020,” he said.

“I’m sure [Treasurer Scott] Morrison is having a look at the budget numbers thinking, ‘Thank God, we might be repairing the budget without having to hike one tax or cut any spending’.”

“It’s like what we saw from 2003 to 2007 ... none of that was good policy. They were throwing money away, but they just kept updating the budget numbers with this huge windfall of revenue coming in,” Mr Koukoulas added.

“For Australia, budget improvement [would be] great news, but the problem is if it’s sustainable. There’s still the question of what happens if commodity prices take another fall next year or the year after,” Mr Koukoulas said.

“Obviously, there’s no urgency to cut spending and increase taxes but you’d still like to have a small budget surplus to lock in that moderation in debt levels and work from there.” 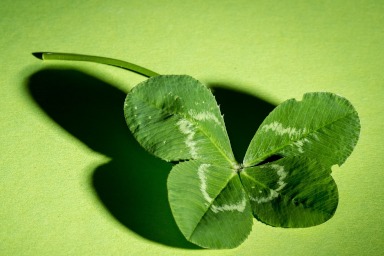 Last Updated: 07 December 2016 Published: 08 December 2016
Forward this article to a friend. Follow us on Linkedin. Join us on Facebook. Find us on Twitter for the latest updates
Rate the article