While ETFs are a rapidly growing investment option, too few investors consider an essential detail – the location or domicile of the fund they are investing in.

Exchange traded funds (ETFs) that provide access to global markets, sectors and specific thematics continue to boom on the ASX. There are now approximately 70 ETFs providing international equity exposures. International ETFs provide Australian investors with a simple and cost-effective way to access growth opportunities, including under-represented – or even absent – sectors from the S&P/ASX 200. However, as with any investment, it’s important to look at how the fund is structured and do your research before you invest. The devil, of course, is in the detail.

ETFs that invest in international (i.e. non-Australian) assets will generally come in one of two forms, largely indistinguishable on the surface but with quite different structures.

An Australian domiciled ETF is one that is formed, registered and regulated in Australia, is resident in Australia for tax purposes and whose ‘home’ exchange is the ASX.

The alternative structure for international ETFs trading on the ASX is through a CHESS Depository Interest (CDI) in an already established offshore fund. In the case of ASX-traded ETFs, all CDIs currently available are for funds based in the US. A CDI itself is a financial product quoted on the ASX which confers a beneficial interest in the underlying financial product to which it relates. A CDI will generally be listed by a global fund manager with an Australian presence and, though quoted on the ASX, it is actually a ‘cross-listing’ of the US fund.

Buying an interest in a fund that is domiciled in the US, for example, and cross-listed in Australia, presents certain considerations for investors.

• Foreign governance. Offshore funds are governed primarily by the laws of the country of their original listing, not Australian law.

• Additional administration. Because each CDI is an interest in the offshore fund, CDI holders are required to submit a W8-BEN form to the fund if they wish to reduce their withholdings tax (e.g. from 30 per cent to 15 per cent under the Australia-US double tax treaty).

• Legal implications. Being governed primarily by foreign law, investors in offshore funds may have to contend with legislation that does not exist in Australia, such as potential US estate taxes for US-domiciled investments.

• Extra layer of withholdings tax. An Australian resident holding a CDI on a US-listed global exposure would find themselves subject to withholdings tax on global shares when distributing income to the US fund and again as an individual investor in a US-domiciled fund when the income is distributed to Australian CDI holders.

By contrast, an investor in an Australian-domiciled fund does not need to fill out individual W8-BEN forms because they are filled out once, at the fund level, by the fund manager. Also:

• Being governed primarily by Australian law there are minimal, if any, direct foreign law impacts for investors; and

Australian domiciled or CDI? It’s certainly worth looking under the hood before you invest as ETF tax is computed differently depending on the location. If in doubt, contact the fund manager directly. 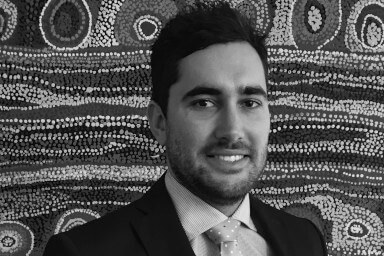 Last Updated: 24 April 2018 Published: 08 December 2016
Forward this article to a friend. Follow us on Linkedin. Join us on Facebook. Find us on Twitter for the latest updates
Rate the article

Pros and cons of investing in ETFs

Pros and cons of investing in ETFs