When is the dollar likely to appreciate and why? There are simple, but significant, factors that decide this outcome.

One of the most common question we have been asked recently is: 'Surely the Australian dollar will go back up soon given how much it has fallen?' Actually, it is more of a statement than a question from most people who have seen the Australian dollar depreciate by over 30 per cent (against the US$) since mid-2011.

Our short answer is the Australian dollar is very unlikely to appreciate significantly any time soon.

Here are three simple but powerful reasons why we have this view.

You are probably aware that Australia’s largest export, iron ore, has seen large price falls over the past four years. The chart above also shows how closely the movements in the Australian dollar are related to the price of iron ore.

Critics will say Australia doesn't just depend on iron ore for exports. They are right. However, many of our other major exports, such as coal, have also suffered large US$ price declines.

With China transitioning to a slower growth economy versus the previous decade, it is highly unlikely we will see commodity prices close to where they were just a few years ago. As a result, unless you know of another boom in Australia’s export industries around the corner, there is a slim chance that the Australian dollar will be appreciating significantly any time in the near future.

Simple economics tell us that countries with higher interest rates (and stable inflation) normally have stronger currencies. Overseas money will flow to these countries to purchase their local currency and earn more interest income.

The chart above shows that the Australian official cash rate from 2009 to 2012 was significantly higher than the equivalent rate in the US. While the rest of the major global economies including the US were busy dropping official interest rates to near zero to counter the global financial crisis, Australia was one of the only developed nations with an attractive interest rate for overseas investors. This was precisely why the Australian dollar was so strong during this period of time.

However, the opposite factors are now at play. Following the end of the commodities boom, the Reserve Bank has lowered official interest rates in Australia to 1.75 per cent. Many in the market expect this to go even lower to support the Australian economy. In contrast, the major developed economies (eg, US and UK) are more likely to be raising their interest rates in the near future following the recovery of their economies.

As a result, the buyers of Australian dollar that pushed the currency above US$1 a few years ago are unlikely to be buyers even at the current level of US$0.73. In fact, if the other major developed economies around the world keep delivering positive economic news, there is a good chance the Australian dollar may decline even more.

Many factors contributed to the Australian dollar languishing at these levels. However, the most important insight from that experience is it takes many years for an economy to shift gears and for the currency to recover.

A company can change management or strategy and perhaps with hard work and some luck can revive financial performance over two to three years. For a country to do the same, history suggests it takes between five to 10 years. This makes sense given the amount of bureaucracy to overcome and work to do for a country to broadly improve its economic performance. 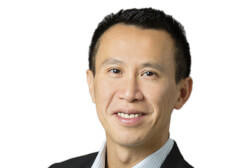 Last Updated: 02 March 2020 Published: 31 May 2016
Forward this article to a friend. Follow us on Linkedin. Join us on Facebook. Find us on Twitter for the latest updates
Rate the article