The US Federal Reserve has announced it will start reducing its US$4.5 trillion balance sheet by US$10 billion this month. Dixon Advisory's Lyle Meaney explains what this means for investors.

In a significant move signalling the end of the huge post-crash stimulus program that the United States created nearly a decade ago, the US Federal Reserve (Fed) announced it will formally start reducing its US$4.5 trillion balance sheet by US$10 billion this month. The Fed looks to progressively increase this amount to US$50 billion per month by October 2018.

The Fed’s decision to reduce its balance sheet while signalling a further rate rise before the end of the year are both clear votes of confidence in the state of the US economy – that it now sees a reduced need for an economic safety net. This has been prompted by positive employment data, increased consumer and business confidence, and steady US gross domestic product growth. However, inflation remains weak, and will likely need to increase for rates to rise at the frequency forecasted by the Fed.

Following the announcement, US markets hit record highs. Conversely, a similar declaration in 2013 — whereby the Fed said it was merely considering slowing the pace of bond purchases — saw incredible volatility in both equity and bond markets. This highlights the sentiments of investors believing the US economy is better placed to withstand reduced central bank stimulus at the present time.

We believe there will be economic consequences from this policy

The exact outcome is unclear given a balance sheet reduction of this size has never been undertaken by a central bank and given the enormity of the stimulus package, but there are two possibilities to consider. One possible implication is that without the support of the US government, the bond market may endure a sell-off, which in turn would trigger a rise in bond yields. If this were to eventuate, a sell-down in equity markets would likely follow. Based on the continued record highs and low levels of volatility within the US equity market, it does not appear equity investors are currently concerned about this potential occurrence. The relatively muted responses of markets may also suggest that this risk has been overstated.

The alternative – and perhaps more likely state of affairs – is that the risks associated with the Fed’s unwinding policy have not been appropriately priced into both bond and equity markets. It’s important to note that the Fed has not indicated what the targeted balance sheet size is, nor how long it believes it will take to achieve this target. This is significant as it is difficult to predict the economic impact that the strategy will have without being able to accurately gauge the extent of it. The larger the balance sheet, the larger influence the Fed has on global money markets. It also allows the Fed greater control over short-term interest rates. Alternatively, as the Fed’s balance sheet reduces, so does its control both domestically and internationally.

Media and markets took an even greater focus on President Trump’s updated tax reform policy that seeks to cut the corporate tax rate from 35 per cent to 20 per cent. However, unsurprisingly, he has provided little detail on the exact funding source of the tax cuts. The likely outcome is a further increase in the US budget deficit. Interestingly, if this leads to an increased supply of government bonds, it will come about at a time when the Fed — currently the largest buyer of these assets — is reducing its purchases, which could place further pressure on the bond market.

While this reform is yet to be debated or passed through Congress, progress appears to be positive for the US economy and markets, with investors reacting in an optimistic fashion. Lower tax rates are expected to spur investment and in turn lift wages and employment. If these factors eventuate, earnings should increase and the US equity market is a likely beneficiary.

Despite near-term uncertainties, we remain positive on US economic prospects

Both the reduction of the US balance sheet and the proposed tax reforms create a compelling argument for ongoing interest rate increases. The Fed has already stated another rate rise is likely this year, with more to follow. Despite this, low inflation, a weaker US dollar and low wage growth continue to dampen the positivity around the strength of the US economy and are likely to ensure the Fed’s rate rise timeline remains considered and gradual.

Further, Janet Yellen’s current term as Fed chair comes to an end in February 2018. She has not yet indicated whether she will look to stay on past this point, or who her potential replacement would be. Given the existing uncertainty around the full extent of the tapering strategy, a change in chair would make it increasingly more difficult to analyse the potential impact on both the markets and the broader global economy. Additionally, it poses the threat that the policy may be replaced altogether.

While we watch developments in tax policy and the Fed’s policy settings with interest, overall the US continues to grow, employment is strengthening and the outlook is good compared to other developed economies. We continue to recommend healthy exposures to US domiciled and US dollar denominated assets, and caution around elevated valuations in listed equities.

This insight may contain general financial advice and was prepared without taking into account your objectives, financial situation or needs. Before acting on any advice, you should consider whether the advice is appropriate to you. Seeking professional personal advice is always highly recommended. Any forward looking statements are based on current expectations at the time of writing. No assurance can be given that such expectations will prove to be correct. 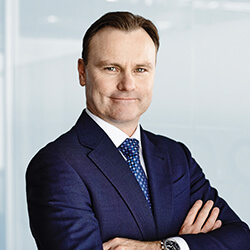 Last Updated: 15 January 2020 Published: 09 November 2017
Forward this article to a friend. Follow us on Linkedin. Join us on Facebook. Find us on Twitter for the latest updates
Rate the article