With the average Australian woman retiring with over 42 per cent less in superannuation than a man, nestegg has put a spotlight on what the superannuation industry is doing to improve the outcomes for women.

In celebration of International Women’s Day on 8 March 2020, nestegg is celebrating all things equality and the importance of recognising and realising women’s rights through a financial lens.

“Superannuation is often the last thing on people’s minds when they take time out of the workforce to care for children or loved ones, and as we know, caring duties tend to fall disproportionately on women,” Super Consumer Australia senior policy adviser Rebecca Curran said.

A recent submission by Industry Super Australia highlights the extent of the challenge in getting women’s superannuation level with men’s balances.

The Gender Super Balance Gap by Age for Wage and Salary Earners, 2016–17

What is the super industry doing to improve equality for Australian women?

According to the The Victorian Independent Schools Superannuation Fund’s (VISSF) secretary, Neville John, the industry is starting to address the issues facing women.

“In the past decade, the super industry and government have taken steps to close the super gap and increase the financial literacy of women through engagement, education and policy changes. However, there is still much more to be done to level out the disadvantages women face,” Mr John said.

HESTA’s CEO, Debby Blakey, highlighted how superannuation is leading the fight for women’s rights at work, which has a flow-on impact with more super in retirement.

“HESTA continues to fight entrenched gender discrimination, pushing for equal pay and reform to our retirement system so women are not financially penalised with lower retirement savings due to having to take time out of the workforce to perform vital caring roles,” Ms Blakey said.

What is your organisation doing to improve equality in your own workplace?

“As of February 2020, Cbus had a 50:50 split between male and female genders, with females currently representing 50 per cent of the total workforce,” Mr Atkin said.

Founder and CEO of Super Rewards Emily Hollingum also highlighted the advocacy work towards equality. “Super Rewards is an equal-opportunity employer. In addition to our hiring practices, we also promote equality in the workplace by supporting flexible work practices. All of our staff can work flexible hours and work remotely. We aim to encourage those with caring or other commitments to participate in the workplace, by offering meaningful, flexible work,” she said.

FairVine Super’s chairman, Sangeeta Venkatesan, said while her fund is designed to help women, it is important to get the best people in the job.

“FairVine Super is a super fund designed for Australian women. It was important that employees be hired on merit rather than gender. As such, the team and board is well represented by women and men. Our employees work flexibly including myself,” Ms Venkatesan said.

“We are also in the process of implementing a new parental leave policy modelled on Norway’s system, which offers the same amount of non-transferable leave to both parents as a way to promote gender equality.”

More generally, what role should the Australian public play in improving equality outcomes for women?

FairVine Super Sangeeta Venkatesan believes everyone has a role to play to improve outcomes for women more broadly.

“It’s not just about calling out the overtly sexist and toxic behaviour; it’s also about being mindful of perpetuating gender stereotypes, which can be far more subtle and socially acceptable — yet no less damaging to our progress towards gender equality.

“This isn’t just something that men are guilty of — women can sometimes be the offenders, too. It’s important that we challenge any outdated gender biases and assumptions in our everyday life: in our families, in our workplaces, and in our interactions with the general public.

“Normalising nascent gender-equal behaviours, such as fathers leaving work early to pick the kids up from school, or mother being the breadwinner while father is the primary carer, is the only way we can move forward.”

“To truly move the dial, we need to remove the structural barriers and challenge the societal norms that see women dominate lower-paid and insecure professions and then pay the consequences when they take career breaks to take on parenting and caring responsibilities,” Ms Stewart concluded. 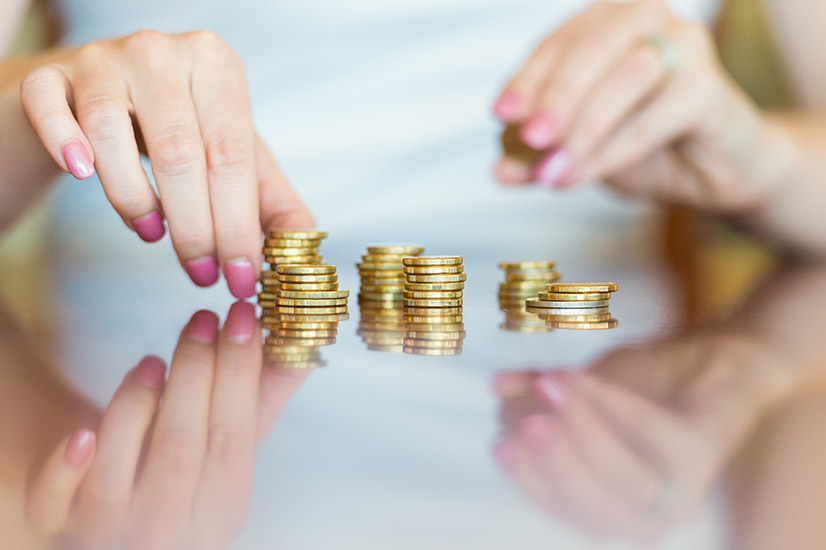 Last Updated: 06 March 2020 Published: 08 March 2020
Forward this article to a friend. Follow us on Linkedin. Join us on Facebook. Find us on Twitter for the latest updates
Rate the article

1 in 3 Aussies struggles in retirement

1 in 3 Aussies struggles in retirement